Domžale is lying south of the Kamnik Alps. Domžale is the administrative and cultural center of Eastern Gorenjska in the municipality of Domžale, which is by population the eighth largest municipality in Slovenia.

Domžale is quiet suburb of the Ljubljane, offering many bike trails and footpaths and cultural and natural attractions such as Krumperk Castle, Castle Črnelo, Castle Češenik, numerous karst caves and more.

Domžale is a home for many famous sports clubs. You can visit the biggest botanical garden in Slovenia, Arboretum volčji potok.

In Domžale you can stay in one of two hotels Ambient hotel or Hotel Krona.

Holiday house Dob, Domžale 17821 is located in a quiet area, near to the forest but also very close to the many attractions of Slovenia. Ljubljana is 30… 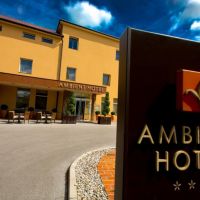 Ambient hotel is a family run hotel that can be found in a quiet area of Domžale. Ljubljana is only 8 km away. 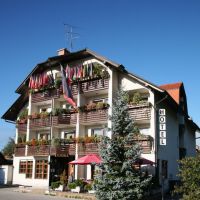 Hotel Krona is located in Domžale which is about 16 km from Ljubljana. The hotel offers you air-conditioned rooms with free Wifi.