In the western part of Šaleška valley along the river Paka lies Šoštanj. The place is known for Thermal Power Plant, which provides a third of all energy consumed in Slovenia.

Above Šoštanj there are still visible remains of the castle from the 12th century (Pusti castle) with a multi-storey tower, one of the few still preserved Romanesque towers in Slovenia. Below the castle the Turn mansion is located, originally castle granary and later aristocratic residence. Very interesting buildings in the city is Villa Široko. Today it houses a cozy restaurant.

In the eastern part of Šostanj you can see the deepest lake in Slovenia - Družmirsko lake. It was established because of land subsidence above abandoned trenches of Coal Mine.

Near Šoštanj you can find Topolšica Spa. Their healing water has positive effects in the treatment of respiratory disorders, milder forms of chronic cardiovascular diseases and overcome stress. 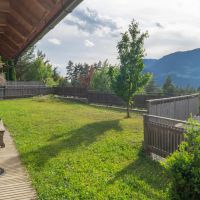 Holiday house Šoštanj 18988 can be found on the top of the hill, a few minutes from Velenje and not far from the Golte ski resort. 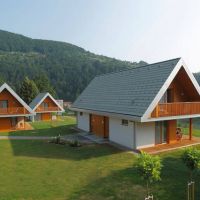 Apartment Settlement Ocepkov gaj - Terme Topolšica Šoštanj offer apartments for overnight. The facility is also suitable for larger groups, even for up to 98… 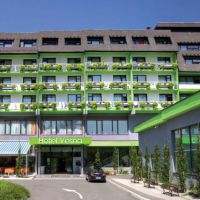 Hotel Vesna is the heart of the spa. It is a day hosts a variety of events, entertainment afternoons and evening cultural events.