Cerknica is known for many cultural and natural attractions. The largest Slovenian karst field is strewn with meadows that have the characteristic that they occasionally flood. Cerknica is best known for intermittent Cerknica Lake, which is with its 26 km² the largest lake in Slovenia.
The museum Jezerski hram (Lake Temple) hosts a model of Cerknica Lake, which explains the phenomenon of the formation of the lake. Old City center represents a market with the Church from the time of antiturkish camps.

In Cerknica you can als find world famous Rakov Škocjan Landscape Park. Rakov Škocjan is 2.5 km long and 300 m wide valley. Situated at the foot of Javorniki and is formed by pulling down the ceiling of the former underground caves. The area is rich with many karst phenomena. Beautiful views of the karst field spreads from Slivnica, high mountain, which is, according to folk tradition, home of witches. Slivnica can be reached on foot or with the car.

Guests are welcome to stay in hotel Rakov Škocjan or in private accommodation. 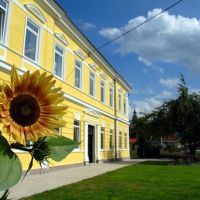 Rooms Ljubljana 15711 is located in Nova Vas which is approx. 31 km away from the center of Ljubljana. Hostel 24 Bloke offers you a terrace with a mountain… 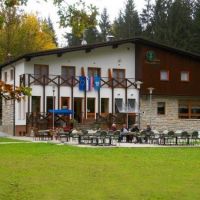 Family hotel Rakov Škocjan in the middle of a forest is near Cerknica and it offers pleasant rooms.